In Ethiopia, the Blue Nile is equated with the Ghion, one of the four rivers of paradise named in Genesis that flows around Kush (1 Moses 2:13), the river is called Abay in Ethiopia.

The river plays an important role in Ethiopia. It rises near a small village of Gish Abay and flows into the largest lake in the country, Lake Tana. Lake Tana is 1800 metres above sea level, is 84 km long and 66 km wide. It covers an area of 3250 km2. Its depth is on average 9 m, with a maximum depth of 15 m. 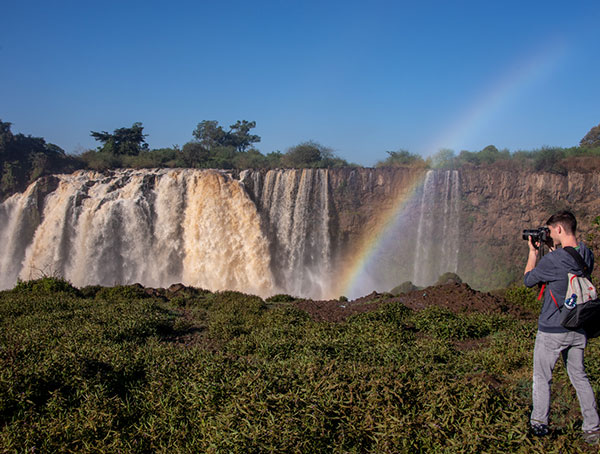 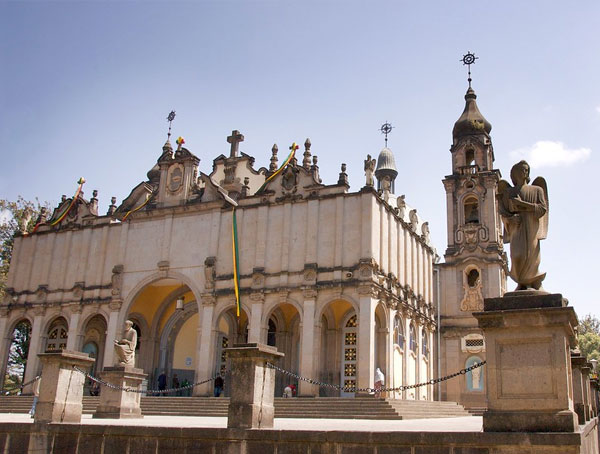 Addis Ababa (New flower) is 2400 to 3100 m above sea level. This makes it the third highest capital in the world. The city was founded in the time of Emperor Menelik II in 1887. Since then, the city has been the most important city in the country. Addis Ababa is not only the capital of Ethiopia, but also the seat of the African Union (AU) founded in 1963 and with that the un-official capital city of Africa.

Harar is considered the fourth holiest place in Islam in the world. After Mecca, Medina and Jerusalem, Harar is of great importance in the Islamic faith. 1200 years ago, Muslims found refuge in Harar. They built the beautiful old town called Jugol. This 500-year-old city has a lot of history to offer. It is rumoured that 99 mosques, 102 shrines and their character-like Hareri houses once boasted a African-Islamic heritage, based on the 99 names of Allah, were within the Old City. Like the 5 pillars of Islam, the city has 5 gates.

The city has been a UNESCO World Heritage Site since 2006. Among other things, what makes the city a very special place is the daily feeding of the hyenas. Every evening after sunset, locals outside the city walls feed the hungry hyenas so that they do not enter the houses within the city walls at night. It is possible to participate as a tourist in the feedings, brave can even feed the hyenas themselves with a stick. In addition to colourful houses within the walls, the city has a beautiful colourful market to offer.